The major regional document for protecting the Black Sea is the Bucharest Convention (1992).

However, the Convention does not include the Sea of Asov which is geographically connected to the Black Sea though the Kerch Straights although protocols to the Convention can (and do) include it.

For the purposes of the revised Black Sea TDA (2007), the Project Management Unit and the TDA Development Team decided that the Sea of Azov should be considered within the system boundary, which was agreed by all parties.

The Black Sea and Sea of Asov 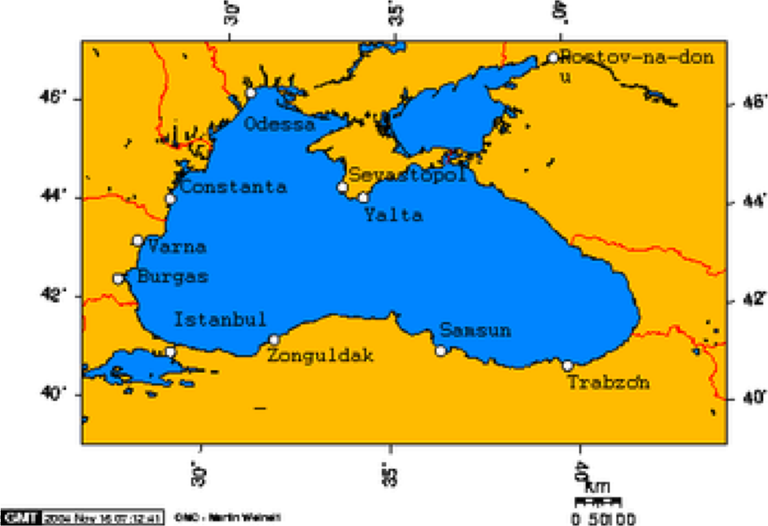 The geographical area defined for the Freplata Project was the Río de la Plata and its Maritime Front as delimited in the Treaty of the Río de la Plata and its Maritime Front signed by Argentina and Uruguay in 1973. From the point of view of International Law, the Project Area, therefore, comprises a river sector subject to the legal regime of internal waters, and a maritime sector: the Maritime Front. This overlaps part of the territorial waters and the economic exclusive zone of Argentina and Uruguay. The Area is included within the technical concept of “international waters” and “transboundary waters” as applied by the Global Environment Facility.

However, the project title includes pollution prevention, which is predominantly outside the geographical scope of the Treaty. Consequently, in order to agree policies for reducing the environmental pressures on the RPMF, it was necessary to work within larger boundaries that encompass the source of the problem, as well as the problem itself. For example, the issue of land-based sources of pollution, where it is necessary to incorporate the source of pollution within the boundary of the study and the boundary of any policy developed to resolve the problem, was included in the TDA. 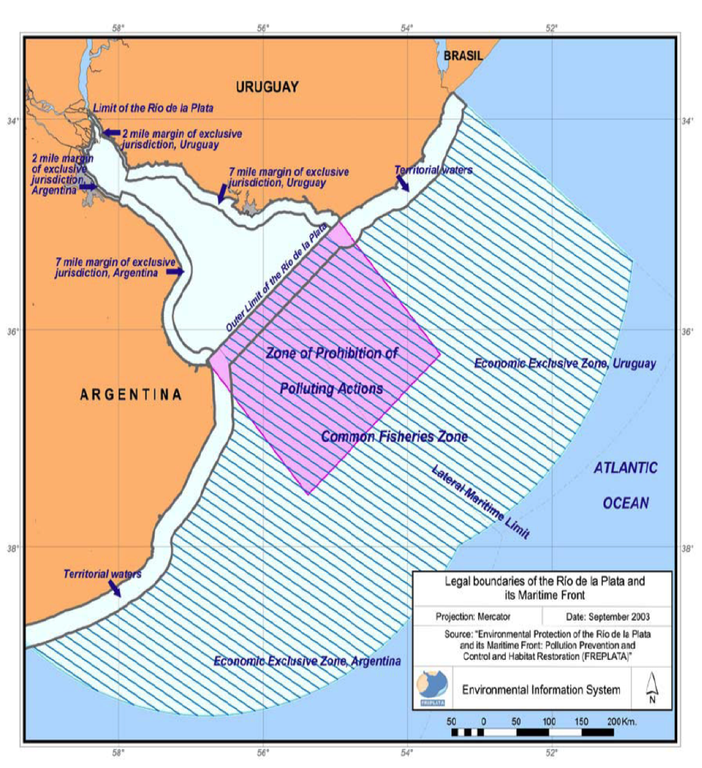